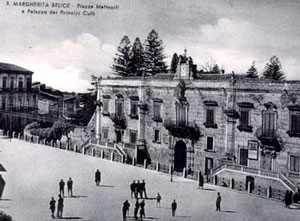 Donnafugata is a fictional town that includes existing and easily recognizable places. According to the information contained in a letter Lampedusa wrote to his friend Baron Enrico di Merlo Tagliavia "The palace at Donnafugata is one and the same as the one at Santa Margherita, while for the town as a whole, the reference is to Palma Montechiaro" Santa Margherita Belice is the place where Lampedusa spent the happiest moments of his childhood and is linked to the figure of his mother and the Tasca di Filangeri Cutò family 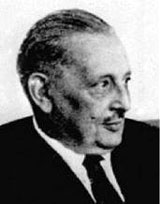 Santa Margherita di Belice, founded by Antonio Corbera on the ruins of an Arab castle and hit by the earthquake of 1968, is the place where the writer spent the summer as a child. The tour begins at the Palazzo Filangieri Cutò which is the setting of some of the most memorable scenes of "The Leopard". The building belonged to the family of his mother and hosted for a few months, the "woman in flight or Donnafugata" - the Queen Carolina Lorena, wife of Ferdinand IV, confined there by Lord Bentick, British military governor of Sicily. Among the restored rooms of the palace, a room upstairs with manuscripts of “The Leopard” , family portraits, photographs of Santa Margherita before the earthquake and the "Wax museum"", where shapes of wax figures representing the main characters of the Leopard help you re-live the atmoshpere of the novel. Adjacent to the palace, the garden with trees, admirably described in the book. Short Walk to the city centre to admire the remains of the Mother Church and the ruins of the old Santa Margherita destroyed by the earthquake of 1968.

Tour type: private tour from a Agrigento, Sciacca, Palermo hotels/ accommodation. Half day from Agrigento and full day from Palermo and Trapani.
Chauffer- driven. On demand we can provide English speaking driver/ guide and/or licensed tour guide.
Time duration: the tour can be done in half day (about 3 hours). It can be combined with the tour of Palma di Montechiaro (about 7 hours)
Driving time: 1 hour and 20 minutes from most hotels in Agrigento, 20 minutes from Sciacca, 2 hours from Palermo and Trapani.
Departure time: on demand
Meeting place: your selected hotel/ accommodation in Agrigento, Sciacca, Trapani, Palermo